Why a Virtual Mailbox Beats a Regular Mailbox. 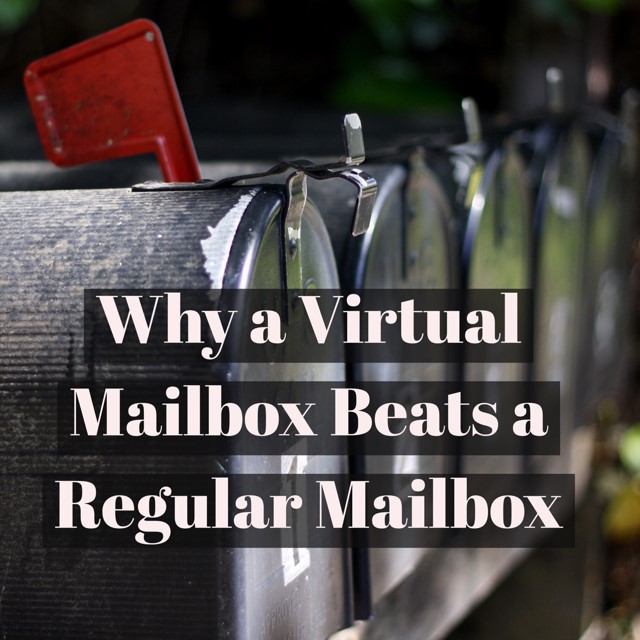 Why a Virtual Mailbox Beats a Regular Mailbox.

Staying on top of the mail is like playing right field in baseball. Usually nothing happens. Most batters are right handed and hit to left field. But every now and then a shot goes out to right field, and the right fielder either makes the play or loses the game.

Likewise, many important communications happen through email, text, or social media. Mail can be an afterthought. But miss an important letter and the consequences can be costly.

Luckily, TravelingMailbox.com offers a virtual mailbox solution to make sure its customers never miss a thing. Starting at $15 a month, a virtual mailbox is an online mailbox linked to a physical address. As new mail arrives, subscribers receive an email with a picture of the front of the envelope. They can then choose to have the letter scanned and uploaded to the internet so that it can be read from anywhere in the world.

I know a guy, let’s call him Juan. About a month ago, he could have used a virtual mailbox.

For two weeks, Juan didn’t check his PO Box. He was just too busy. When he finally did, he discovered a letter from the department of public safety. An aerial camera had captured him speeding, and he was being issued a ticket.

He looked at the bottom of the ticket, which was dated fifteen days earlier: Failure to respond to this ticket within ten days will result in a doubling of the fine.

In the words of Homer Simpson, “D’oh!”

With a virtual mailbox, Juan would’ve known the minute a speeding ticket hit his mailbox. For the price of the fine, he could have paid for two years of a virtual mailbox from TravelingMailbox.com.

After moving into his new apartment, Mike changed his address with the local post office. Weeks went by and still no mail. Customer service assured him that it would eventually get there. Thanks for his patience.

Patience he had. What he didn’t have was the large check he was expecting from the secretary of state.  Six weeks later his mail finally arrived. Luckily, the check was there. But in the meantime, Mike had wasted a lot of time and energy.

If only Mike had known about TravelingMailbox.com. With a virtual mailbox, changing apartments doesn’t require changing mailing addresses.

Getting someone to change a longtime mailing address can be harder than giving a cat a bath. But this stubbornness comes at a cost.

After moving to a new town, Wilma refused to change her PO Box, insisting that all her contacts had her old address. Therefore, each week she would drive 45 minutes back to her old PO Box to check her mail. All that wasted time and money.

Don’t be like Juan, Mike or Wilma. Get a virtual mailbox from TravelingMailbox.com, and never miss a thing.