Three Strategies for Entrepreneurs in 2017 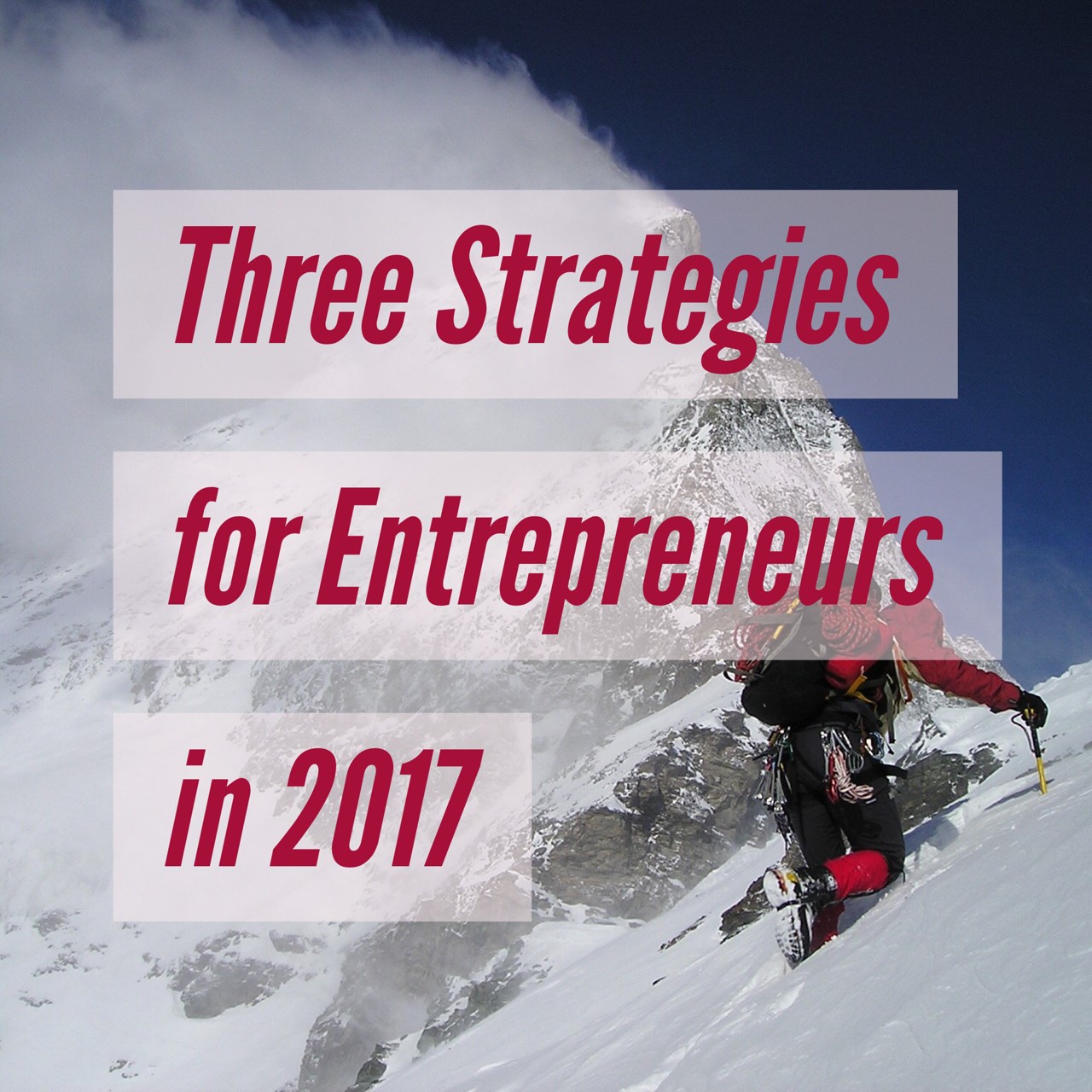 Three Strategies for Entrepreneurs in 2017

In Rudyard Kipling’s poem If, the poet writes about facing adversity. One stanza reads:

If you can make one heap of all your winnings

And risk it on one turn of pitch-and-toss,

And lose, and start again at your beginnings

And never breathe a word about your loss;

Similarly, life as an entrepreneur can be challenging. Victories can be few and far between, and turbulence is a daily occurrence. After awhile you might think, this is the road less traveled for good reason.

But keep your head up, entrepreneur, because each new year brings new opportunities, and 2017 will be no different. To make 2017 your breakthrough year, keep in mind these three strategies.

Get Up Early: Here’s a simple but effective strategy for success in the new year. With a cup of coffee in hand and the energy to seize the day, the early riser gets a jumpstart on the day and makes the most of his time.

Consider the words of Benjamin Franklin: “Early to bed and early to rise makes a man healthy, wealthy, and wise.” Franklin knew the value of time. Throughout his life, he wore many hats, including those of inventor, scientist, diplomat, and postmaster.

You won’t find that kind of success if you’re lying in bed all morning.

Perseverance: This trait is all about refusing to quit. Think Rocky Balboa racing up the steps in Philadelphia, or the salmon that fight their way upstream each year to spawn just before they die.

Or, better yet, consider the perseverance of Thomas Edison. He did not believe in failure. He once quipped that before discovering the light bulb, he had discovered 1,000 ways not to invent the light bulb.

Abraham Lincoln also had his fair share of ‘failures’ before ultimately winning the presidency. He failed in business twice, lost five elections, and had a nervous breakdown. But Lincoln never gave up, and his presidency saved the Union.

Winston Churchill put it this way: “Never, never, never give up.”

Have a Sense of Humor:  This trait is sometimes overlooked but it’s often your best weapon against life’s difficulties. As the proverb says, “Laugh and the world laughs with you; weep and you weep alone.”

I remember an old colleague named Norm who had an uncanny ability to disarm a room with his sense of humor. Every morning when asked how he was, he said, “Still kickin’ but not as high.”

I once asked him if he were ever in the military. He said no, he had a back problem. What was his back problem? He deadpanned, “I have a yellow streak running down it.”

He explained his philosophy about money this way, “In God I trust. All others must pay cash.”

Although Norm had his fair share of health problems, he was always smiling, and he kept the office laughing.

So, be like Norm and don’t take life too seriously. Tomorrow is another day, and 2017 could be your best year yet.